TikTok is now the video destination of choice for more than 100 million mainly younger Americans, while its Douyin and Toutiao services are major entertainment and news venues for a similar number of Chinese.

TikTok has faced persistent allegations its decisions on content align with Beijing's priorities. It has targeted videos related to pro-democracy protests in Hong Kong, the mistreatment of Muslims in China's Xinjiang region,and standoffs at the India-China border. Last year, a ByteDance spokesman told Bloomberg TikTok didn't remove videos from the Hong Kong protests for political reasons, saying they may have instead been taken down for violating guidelines around violent, graphic, shocking or sensational content. 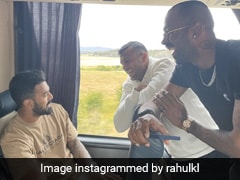