Not only did Trump pardon Flynn for lying to the FBI, to which Flynn pleaded guilty twice, but he sought to spare Flynn from prosecution on basically anything even tangentially related to special counsel Robert Mueller's Russia investigation.

Complicating things here: Jared Kushner was tasked with leading a White House team on recommending pardons, which would create a pretty bad appearance problem if his father were to get one. In addition, Charles Kushner said in 2018 that he didn't want a pardon because of the publicity it would attract. That might be less of a concern if it's done by a lame-duck president, though. 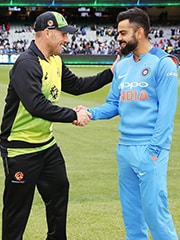