The woman's family had alleged that Dr Shanmugam urinated at the doorstep of the woman, threw used face masks and garbage, besides harassing her on the phone and breaking a signboard.

DMK MP Kanimozhi had also intervened and sought Tamil Nadu Chief Minister Edappadi Palaniswami to ensure that the family's allegations are looked into.

This has become a routine on the part of the police to turn a blind eye on complaints against right wing members. @CMOTamilNadu should immediately intervene and ensure all are treated equally before law.
4/4

The controversy has also drawn attention on social media with many raising questions whether a government doctor can hold such positions in a politically affiliated body.

Dr Subbiah did not respond to calls. However, an unsigned statement from ABVP sent to media says "Misunderstandings between two families now stand cleared and all issues between the two parties have now been resolved. From day one, both Dr Subbiah and ABVP were stating the facts about the misunderstanding emanating from the parking issues but political vultures were indulging in slander and character assassination of Dr Subbiah Shanmugam". 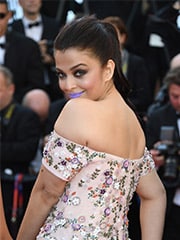