The two accused were arrested for allegedly strangling the woman to death, putting her body in a plastic drum and dumping it in some bushes along the Mumbai-Pune Highway, a senior official said.

The victim's body was recovered from the bushes along the highway near Khopoli and the tempo used to transport the drum was also seized, he said.

A case under relevant sections of the IPC has been registered against the arrested accused, the official added. 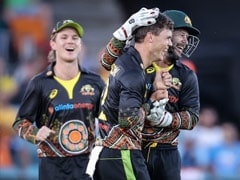