Vikas Dubey Encounter Highlights: Vikas Dubey, on the run since he organised the massacre of eight policemen in Kanpur last Friday, was arrested yesterday at a temple in Ujjain, Madhya Pradesh.

Everyone, whom he committed a crime against, is happy. It took 19 yrs for me to get justice. He could've been sent to jail then&families wouldn't have been destroyed: Manoj Shukla, brother of Santosh Shukla (BJP MoS killed by #VikasDubey inside a police station in Shivli in 2001) pic.twitter.com/TOFar4xrDG

First a Tata Safari, then a TUV 300: #VikasDubey's car was switched hours before the encounter. pic.twitter.com/HnymHvy4Re

The SUV met with an accident at Bhaunti in Kanpur district, toppling on an isolated stretch of the road which was slippery after the rains, police claimed. The car was part of a small convoy of police vehicles.
Jul 10, 2020 14:26 (IST)

Watch | "How is the divider not broken if hit by speeding car?": locals question cops' version of #VikasDubey's encounter pic.twitter.com/Qg9B3ve0VA

Accident, An Attempted Escape, Shot Dead: Cops On Gangster Vikas Dubey
Gangster Vikas Dubey was killed in an encounter after a road accident on Friday morning while being taken to Kanpur in Uttar Pradesh from Madhya Pradesh, where he was arrested yesterday, police said."
Jul 10, 2020 13:11 (IST)

Just 30 km short of Kanpur, one of the three cars in carrying Vikas Dubey overturned on the highway. According to police, four policemen were also injured in the incident.
Jul 10, 2020 12:15 (IST)
5 big questions on cops' version of Vikas Dubey's death in encounter
The police version of the killing of gangster Vikas Dubey has raised five important questions about the early morning encounter. Videos and witness accounts have underlined the questions that, so far, have no answers from the police. Read full story here
The incident begs these questions:
Jul 10, 2020 11:46 (IST)

Watch: @alok_pandey's ground report from site where gangster #VikasDubey was killed in an encounter while being taken to Kanpur. pic.twitter.com/tJc3V3nOoj

Jul 10, 2020 11:10 (IST)
Petition in Supreme Court yesterday feared Vikas Dubey's encounter killing
A petition was filed in the Supreme Court last night seeking security for the gangster. The petitioner had claimed the gangster may be killed in an encounter.
The petition filed by lawyer Ghanshyam Upadhyay also sought a probe by the Central Bureau of Investigation (CBI) - monitored by the top court - into the killing of the five of Dubey's aides over the last week and the demolition of Dubey's house in Kanpur. Read full story here.
Jul 10, 2020 11:00 (IST)

UP gangster #VikasDubey killed. Watch @mukeshmukeshs's ground report from the encounter site on the highway, an hour short of Kanpur. pic.twitter.com/n6WJ3f8CS8

"Thank UP police and Yogi Adityanath government for killing such an evil person. Justice has been served": father of UP cop Jeetendra who was killed last week, on #VikasDubey's death pic.twitter.com/L2uL6UZrNM

Jul 10, 2020 09:55 (IST)
Priyanka Gandhi, Akhilesh Yadav Question Vikas Dubey's encounter
Questions have been raised on the encounter, the latest of several over the past few days.
"The culprit is over, what about the crime and the people who protected it," Congress leader Priyanka Gandhi Vadra tweeted in Hindi.

Samajwadi Party leader Akhilesh Yadav also tweeted to  say that the encounter was staged. "Actually, the car didn't topple. The UP government has been saved from toppling by secrets that would have been revealed," he tweeted.
Jul 10, 2020 09:28 (IST)

Vikas Dubey Killed: We Heard Gunshots, Passerby On UP Gangster Vikas Dubey's Killing In Kanpur
Gangster Vikas Dubey was killed in an encounter after a road accident on Friday morning while being taken to Kanpur in Uttar Pradesh from Madhya Pradesh, where he was arrested yesterday."
Jul 10, 2020 09:12 (IST)

Vikas Dubey notorious criminal & gangster of Kanpur UP has been killed in an encounter today morning as per UP Police. He has met his fate .UP Police deserves credit of not allowing him to escape,it could have been dangerous. Politicians-criminal-Police nexus be uncovered.

Watch | "We heard gunshots": account by witness at the site where gangster #VikasDubey was killed in encounter, reports ANI. pic.twitter.com/CPGdGNao9n

Jul 10, 2020 08:40 (IST)
Vikas Dubey snatched pistol of an STF personnel, tried to flee: Kanpur cop
News agency PTI, quoting Inspector General of Police (Kanpur) Mohit Agarwal, reported that Dubey was killed in the encounter after he tried to flee from the spot following the road accident at Barra area in Kanpur.
"Dubey was injured in the encounter and he was declared dead in the hospital," ADG Kanpur range, J N Singh, told PTI.
After the accident, Dubey snatched the pistol of an STF personnel and tried to flee but was surrounded by the police team and he was injured in an exchange of fire. He was rushed to the hospital, where he was declared dead.
Jul 10, 2020 08:28 (IST)
Vikas Dubey was arrested yesterday at the Mahakal temple in Ujjain
Vikas Dubey was arrested yesterday at the famous Mahakal temple in Ujjain, Madhya Pradesh. He was spotted by temple security guards when he bought prayer offerings and entered the temple. When he came out, he was confronted by the guards and after he lashed out, he was taken to the police.
Jul 10, 2020 08:23 (IST)
Vikas Dubey reportedly killed after he tried to escape by snatching weapons of police personnel, say reports
The car that had Vikas Dubey overturned on the highway that was slick with rain and he tried to escape. He was reportedly shot dead.
Visuals after the incident showed Vikas Dubey being taken away on a stretcher.
Jul 10, 2020 08:18 (IST)

Jul 10, 2020 08:17 (IST)
Gangster Vikas Dubey has been killed in a road accident while being taken to Uttar Pradesh from Madhya Pradesh, where he was arrested yesterday. One of the cars taking the gangster to Kanpur overturned. It was then that Vikas Dubey tried to escape. More details are awaited.
Jul 10, 2020 08:13 (IST)
For all of yesterday's news on Vikas Dubey, click here 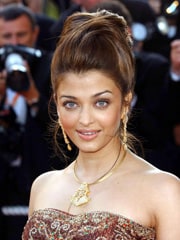