Rahul Gandhi tagged a local news report that claimed the Indian Railways was making profit by running 'Shramik trains' for transporting migrants during the pandemic.

According the news agency PTI, the news report that Rahul Gandhi shared a photo of claimed that the railways made a "profit" of Rs 428 crore by running Shramik special trains during the lockdown that transported migrants to their native places.

In another tweet, he lauded the efforts of the Himachal government in conducting a survey to select 'one district, one product', saying he had suggested this sometime back.

"This is a good idea. I had suggested it some time back. Its implementation will need a complete change of mindset," he said on Twitter.

He also tagged a report that stated the state Industries Department is conducting a baseline survey in all districts to select one district, one product for centrally-sponsored Micro and Small Enterprises Cluster Development Programme (MSE-CDP). 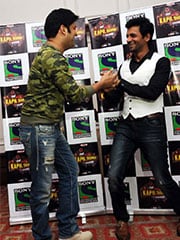