The boy had also claimed that his daily sale has been down due to the pandemic and the loss of his stock will put additional financial burden on him, in the video which was widely shared on social media.

"We are overwhelmed by the support from people across the country. (BJP MLA) Ramesh Mendola has given us a flat under the Pradhan Mantri Awas Yojana. He has also provided a cycle and Rs 2,500. Digvijaya Singh has provided Rs 10,000 and assurance to look after the education of the two children. Rahul Gandhi's office has also called and offered support. A woman from Delhi Chief Minister Arvind Kejriwal called and offered help. Jyothiraditya Scindia has also offered support," Paras's grandfather said. 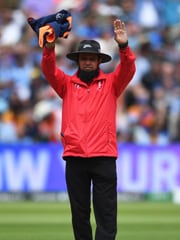