report claimed that the government is mulling the merger of CBDT and CBIC, tax bodies pertaining to direct and indirect taxes, respectively. The report stated that the proposal is being considered in order to " contain the costs of operations amid increasing revenue loss".

The finance ministry in its release said that the report had been published without due verification of facts  and that it "creates a policy distraction".

It further said that the merger was earlier recommended in a report of the Tax Administrative Reforms Commission (TARC), but was not accepted. 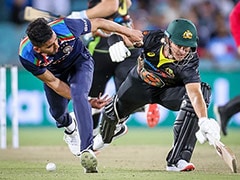